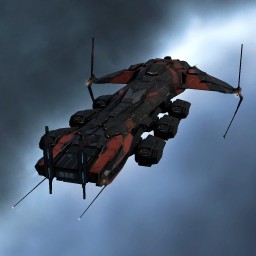 Interdictors are destroyer-sized vessels built to fill a single important tactical niche: the breaching of enemy warp tunnels. Capable of launching warp-disrupting interdiction spheres, interdictors are of great value in locations of strategic importance where enemy movement must be restricted. Additionally, much like their destroyer-class progenitors, they are well-suited to offensive strikes against frigate-sized craft.

As befits one of the largest weapons manufacturers in the known world, Kaalakiota's ships are very combat focused. Favoring the traditional Caldari combat strategy, they are designed around a substantial number of weapons systems, especially missile launchers. However, they have rather weak armor and structure, relying more on shields for protection.