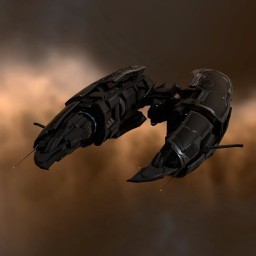 In addition to robust electronics systems, the Khanid Kingdom's ships possess advanced armor alloys capable of withstanding a great deal of punishment. Generally eschewing the use of turrets, they tend to gear their vessels more towards close-range missile combat.