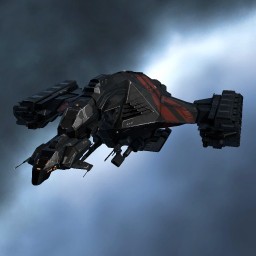 Effectively combining the trapping power of interdictors with the defensive capabilities of heavy assault cruisers, the heavy interdiction cruiser is an invaluable addition to any skirmish force, offensive or defensive. Heavy interdiction cruisers are the only ships able to use the warp disruption field generator, a module which creates a warp disruption field that moves with the origin ship wherever it goes.

As befits one of the largest weapons manufacturers in the known world, Kaalakiota's ships are very combat focused. Favoring the traditional Caldari combat strategy, they are designed around a substantial number of weapons systems, especially missile launchers. However, they have rather weak armor and structure, relying more on shields for protection.