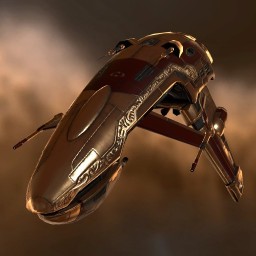 The Retribution is an homage to the glory days of the Empire, informed by classical Amarrian design philosophy: if it's strong, sturdy and packs a punch, it's ready for action. What this powerhouse lacks in speed and maneuverability it more than makes up for with its wide range of firepower possibilities and superb defensive ability.

Carthum ships are the very embodiment of the Amarrian warfare philosophy. Possessing sturdy armor and advanced weapon system they provide a nice mix of offense and defense.